Today things fell into place for an interesting wargaming experiment.

SPOILER ALERT FOR THE ONGOING CAMPAIGN! 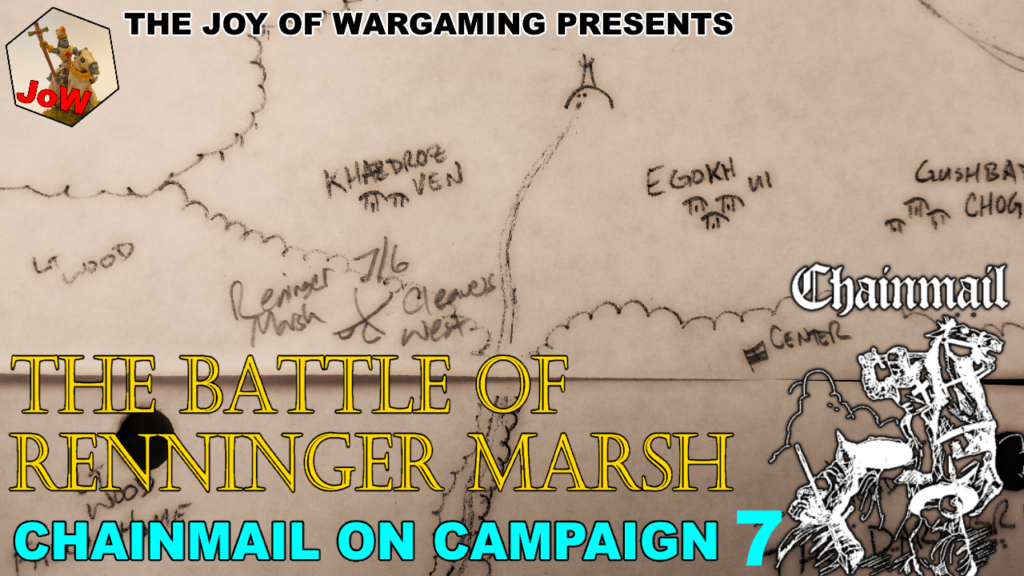 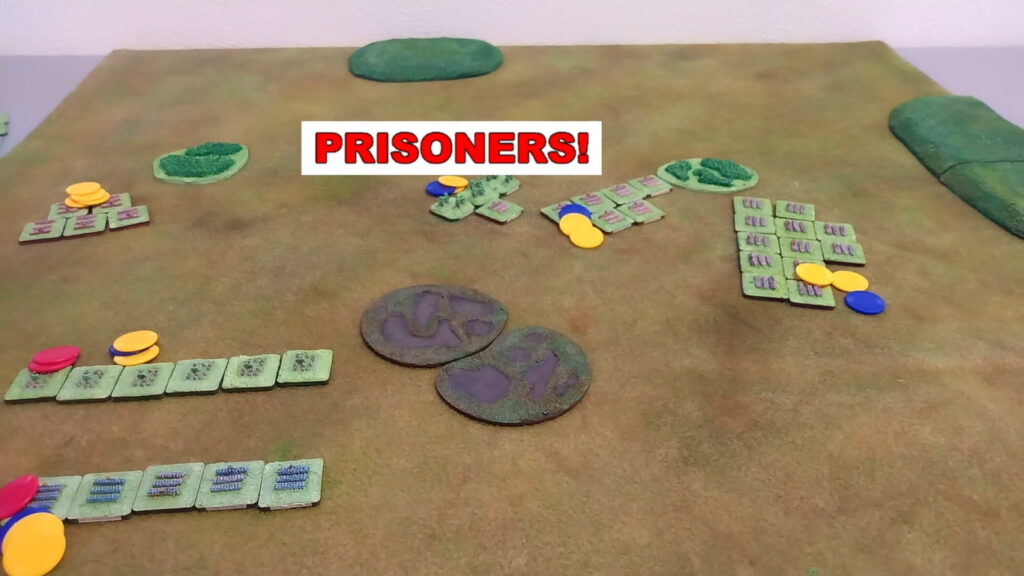 For those of you not playing along at home, Mondays we post an update to a Chainmail campaign in which the Broman Empire seeks to reclaim a powerful artifact from a tomb located just inside the neighboring orcish kingdom.  In the above referenced fight at Renninger Marsh, the Broman advance force got spanked pretty hard – hard enough to lose 525 heavy footmen to the untender mercies of the orcish horde.  In this map-based campaign the orcs had to task one guard for every five prisoners they take.

Fast forward to two weeks from today when we learn that the Broman flanking force will opt to dispatch the great hero Dewd Delabides and 160 light horse in an attempt to intercept and rescue the prisoners.  Meanwhile, on the same day, the victorious orcish army intercepts the flanking human army right at the mouth of the tomb. 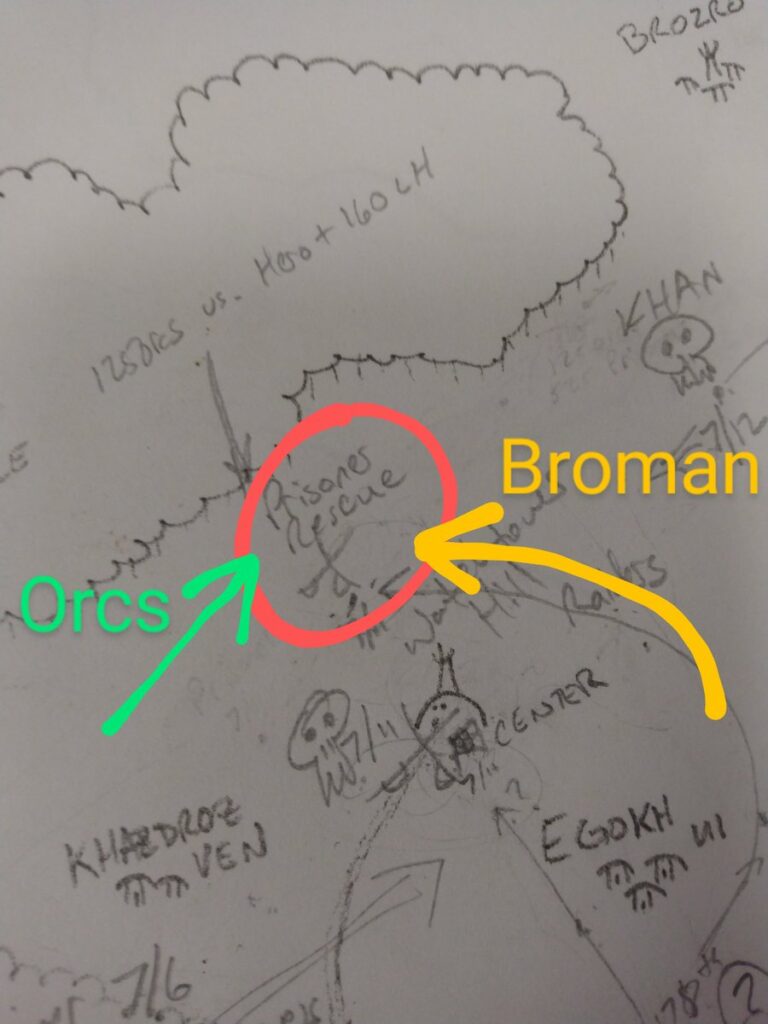 So here’s what that looks like on the campaign map.

At this point things get really interesting.  As a solo wargamer, I have been tracking things at a continental scale, and all the little details here make it hard to maintain my usual dispassionate neutrality.  Instead of solving this knotty problem I cut it by making a call to the bullpen.  A quick post on the Tweeter Machine, and pretty soon I had a number of volunteers stepping up to run this fight for me.

Part of the motivation here is that, after running two battles for other DMs…

I wanted to see what it felt like to turn your precious baby of a campaign over to somebody else.  With seven solid bros offering to run with it, we’ll be able to do a proper comparison of how different tables run the same game.  Here are our volunteers:

And here, for the record, is the summary of the situation that they were all given.  This plus the map, and then the rest was up to them.

Sir Dewd Delabides (Hero) has taken 160 light horse north to intercept a party of 125 orcs. These orcs are marching 525 human prisoners – heavy foot captured at the battle of Renninger Marsh – north to feed them to a giant.The orcs are classed as Heavy Foot (in Chainmail terms) versus Light Horse for the human cavalry, the latter of which are led by a Hero.

All I need to know is who wins, who survives, and how long it takes. Anything beyond that is gravy. The map is about forty miles across and generally grasslands, but feel free to add any small woods/atreams/etc you like.

The Bromans have intercepted the orcs – gotten ahead of them, actually. Mounted, they might plan an ambush, but they are in orc territory so that gives a slight edge to the orcs. See that battle just south? That is a big one a day’s march away. The orcs could cut the prisoners loose and run south for safety. They could kill them all. I am tracking things at auch higher level than this. I leave all the details to you.

And that’s it.  Now I step back and wait for the results to roll on in. The deadline is May 1st, and the video will go up on Monday, May 9th.  At that point, we’ll post a post-games analysis looking at how different players set up the battle, what rules they used, what results they got, and whatever else tickles our fancy.  Then, because this is an important part of a larger campaign, we’ll roll some dice to decide which of the results is canon.  Only that result will be rolled into the ongoing campaign.

And I for one can’t wait to see what happens next!