Skip to content
Last week I took the boy (13) down to the weekly games day at the local games shop for a bit of Memorial Day wargaming.  As usual, games day consisted of mainly 40K with a few tables of the flavor of the month.  Which is fine, as it gave me time to re-read up on certain sections of the D&D Rules Compendium.  The boy ran off with his friends to field a combined Imperial Guard force against…I don’t know, Space Machines?  That’s a thing, right?
At any rate, he wound up trading a box of Chaos Marines, a gift from a well meaning grandmother, for a whole slew of forces that he could use, including an Ogryn, a few snipers, and a couple of squads of Cadian troops.  All in all, not a bad haul.
The downside of the evening was my realization that the boy feels no qualms about playing with unpainted lead.  None whatsoever – there wasn’t a qualm in sight, and that made me feel like such a failure as a father and a wargamer.  The kid can play 40K, that I can live with, but unpainted lead?  Why couldn’t he just knock up a girl or crash my car through my living room window.  Those are the sorts of bad decision making a father knows how to deal with.  This, on the other hand…I just don’t know what to do.
The only thing that came to mind was to paint his figures myself.  Set a good example, you know? 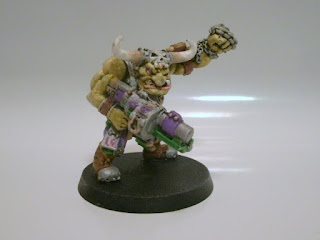 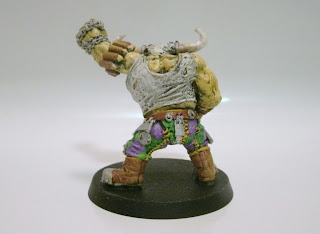 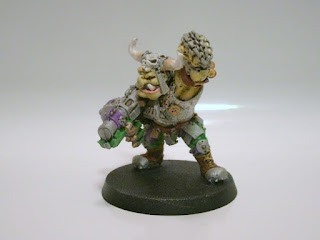 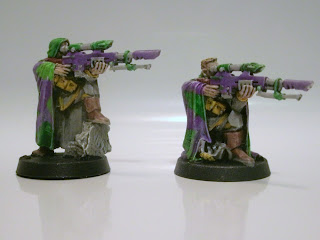 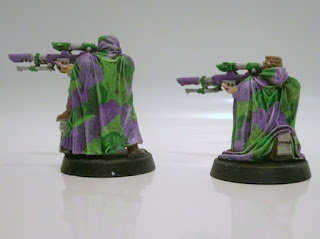