With all that rule nonsense out of the way, we can talk about the other fun stuff like figures and terrain. As always, I’m looking to keep it cheap and contained in a single “under the bed” style plastic tub.  That means 10mm figures, found items, and terrain boards.

For father’s day I’m hoping for a slew of Pendraken sci-fi figures.  (Read: I’m hoping not to get in trouble when the wife learns that I dropped more money on a slew of Pendraken sci-fi figures.)  The colonial marines and not-Alien aliens have caught my eye, and I’ve even banged out a simple convention style set of rules that fit on a 4×6 notecard.

Since those will take a fair few weeks to get here, let alone paint, might as well start banging out the terrain for them. First up is the colonist’s base, made up entirely of found items. 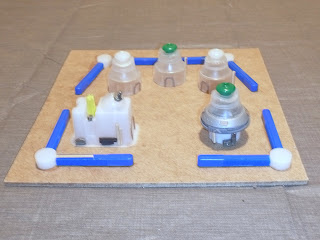 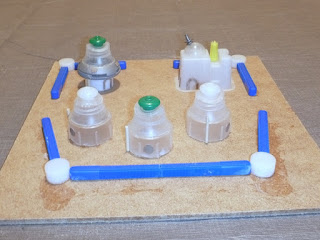 The baseboard is 5mm thick craft board and is roughly 12″ by 12″.  It’s the last one left – the hardstore sells these for fifty cents, but you’ve gotta time it right.  Hopefully, I’ll be able to buy five more for hills and open land. 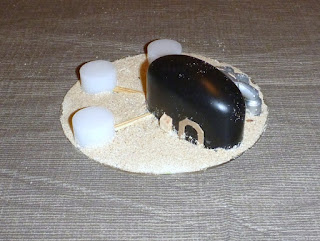 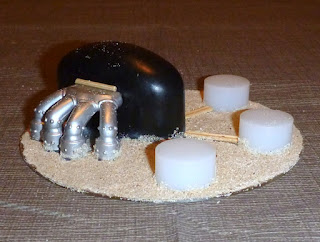 This stuff is all built for the 10mm scale.  I’ll include figures for scale after I get the right figures painted up. See if you can figure out what materials were used here, and I’ll give you the full inventory when they are painted.  (Ooooo, look at the clever blogger, using a cheap cliff-hanger to score a few extra hits.)