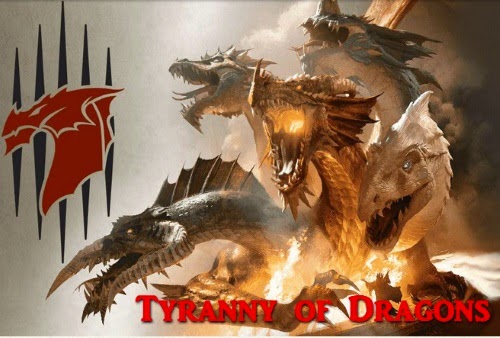 Having escorted a small band of villagers and much needed supplies into the safety of Greenest’s keep, our heroes could spare little time for rest.  Tarbau and Escobar, the ranking officials within the keep, expressed profuse thanks and offered a safe place for a short rest.  First, though, something had to be done about the scaly blue monster raining lightning death down on the gates of the keep.  Our heroes made Grim, their ace archer extraordinaire, as comfortable as possible the hustled up to the uppermost tower  [Ed. Note – Grim’s player couldn’t make it to the game.  Since his character ended last session at 0 hp, it made sense to leave him behind during the session.]

The big blue dragon seen earlier in the day had returned and was strafing the tower with its breath weapon. Keeping its distance, the only real option was to hop into the seat of a lone ballista pn the parapet and take a shot. Ever the bluffer, your humble storyteller cast a quick illusion to make the bolt look magic. Direct hit! Not enough to kill an old brute like the one overhead, the bolt scored enough damage to make the dragon think twice. Aramis followed up with a quick holy bolt of some sort, and that was enough to send the dragon headed for the countryside. 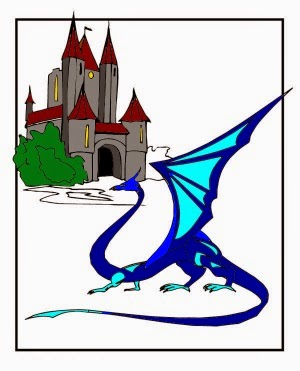 Finally, a chance to rest.  The whole party was depleted of its “until long rest” abilities, and this wouldn’t be the time.  A short rest to patch up the wounded gave the attacking cultists time to get some organization together – a peek from the keep revealed two main clusters of attackers and a tough choice.  Hit the overall commander over in the town square and end this madness?  Or mount a rescue mission to save the scores of folks holed up in the local chapel from the larger kobold and cultist besieging force?

First level with no spells left in the arsenal?   We’ll take the sneaky route and head for the Church, thank you very much.
So Escobar, rotund dwarf and apparent keymaster escorted the group down into the undercroft where a secret door and tunnel would allow the party to slip past the besiegers (almost) un-noticed.  A couple rusted-shut gates and a fight with two mobs of rats later, and the group stood just inside of a fake sewer pipe below the walls of the keep.  Just as they would have set out on their rescue, a kobold patrol blundered by.  With little time to discuss matters, the group ambushed the raiders slaughtering all but one cultist would escaped back into town.
Nothing to do but hustle up and hope to make it back before cult reinforcements.
At the Church of Chakaal, three mobs block any hope of rescue.  The leader – an armor clad bruiser – had a mob battering the front doors with an improvised ram.  A bigger mob complete with large drakes stood milling about the side of the church, looking for weak spots.  The smallest mob, and the obvious weak link in the siege, was trying to burn down the large rear doors of the church.

Tally-ho. Our four heroes charged into the rear ranks of an enemy twice their number.  Surprise proved telling, as did the smokescreen the besiegers themselves were sending up.  Aramis and Karren, cleric and paladin respectively, swung for the fences, putting the two cultist leaders down on the ground with no time to sound a definitive alarm.  The half-elf quickly snatched up the cloak and scimitar of one of the two human leaders of the enemy mob and barked orders at the kobold ranks, thinning them by half.

The door cracked open, revealing a lovely half-elf priestess, a human cleric, and 22 other villagers including the priest and priestess, which the party hustled out the back and into the woods.  A half-hearted attempt to distract the remaining raiders turned into a full blown retreat when the front door collapsed in splinters.
The two dozen citizens might have been safely out of the chapel and into the woods, but they weren’t out of the woods yet. Remember the one that got away?  The cultist that survived the ambush at the back door of the keep?  The now much larger party arrived at the false drain just moments before a large raiding party.  The heroes took up position amid the brush and started to hustle the citizens into the dank tunnel, but it was clear the kobold raiders were going to cut them off before they could get everyone in.
So Raane, the illusionist, quickly hunkered down and cast a minor illusion – a dead kobold farther up the stream valley.  This bought the villagers a precious few rounds in which the aged, infirm, and young could escape.  The sally-port cum escape hatch safely locked and sealed behind them, the group still had no time for rest.  One more encountered loomed, but it was late and the boys (young and old) were too tired to see that one through to the end of Chapter One.
Making Adventure Fiction Great Again
Subscribe today to be first to hear about my new release, plus receive a copy of a free fantasy novella!
Follow