After three long years, the mini-Megadungeon in finally complete.  That means it is time for a new series.  This time we’re going in the complete opposite direction: short scalable adventures that you can drop into just about any campaign*.  The kicker here is that, in addition to the standard GM’s map, each of these adventures will include a handy-dandy handout to help point the players in the right direction.

My submission to this year’s One Page Dungeon contest consists of an abridged version of the search for a pirate’s treasure.  The actual treasure map, with a slightly more detailed background (why they called the dead pirate captain “The Brass Canon” for example), can be printed out and given to the players to spark their imagination and give them something to play around with while figuring out how to get onto the island. 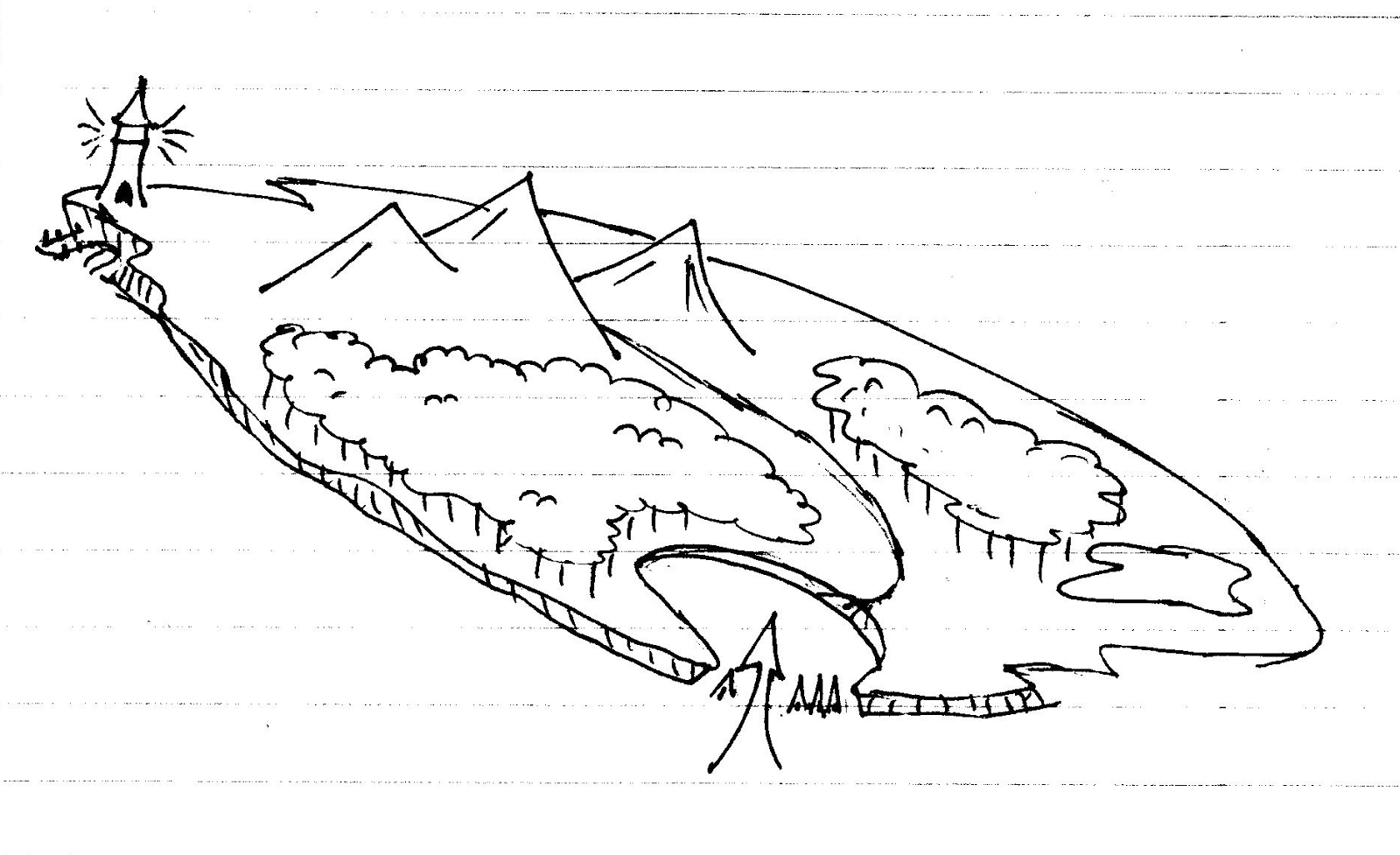 *Dropping this rocky island into a Dark Sun campaign will be a little harder than dropping into Forgotten Realms or Greyhawk.
Making Adventure Fiction Great Again
Subscribe today to be first to hear about my new release, plus receive a copy of a free fantasy novella!
Follow