It really is a great time to be a wargamer, especially in 15mm.  I’d argue that we aren’t so much in a Golden Age as a Platinum Age.  The shopping list in my head includes the names of at least ten manufacturers producing as wide a variety of figures and terrain and vehicles as you could hope for, and most those are of a quality that easily surpasses the 15mm figures of just 20 years ago.  You can easily find them, order them, and get them within a few weeks – again, a feature un-hoped for in my younger days.  Not only that, but you can meet, online if not in person, the guys sculpting and producing these great products and rules on a moment’s notice.

So far as I’m concerned, the entire sweep of history and development of the internet has been dedicated to creating this wonderfully environment to be a wargamer.  Thanks, social media, for doing the heavy lifting.  We’ll take it from here. 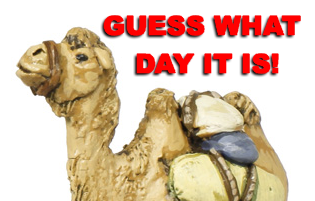 This edition of the humpadump is heavy on the eye-candy, so you may want to wait to go a-clicking until you’ve got a nice big screen to chew on these links.

Dungeons of Doom: Making a Tavern bar! (The Grinning Skull): So, while not fitting the whole dungeon theme entirely, we kick off this belated Grim’s Dungeons of Doom article with a set piece that is ever present in stock fantasy games, The Tavern bar. This’ll be first in a series detailing how to turn your modular dungeon scenics into more than just an underground lair, and lets you turn the system into a viable way to simulate entire buildings and interiors.

Battle Report: The Temple of Fate – The Final Death of the Undead Lord (The Dark Prophet Chronicles): The day had come to face the Banelord Valak Thul in direct battle. After the Templars fought their way through his undead forces they finally met him on the small river island where the necromancer changed into the form of a giant undead Terrorgheist.

Can you squeeze 15mm models into 6mm rules? (Dropship Horizon): Laserstorm rules are designed for massive battles using 6mm models. The minimum suggested game size is around nine units a side. A unit being three standard vehicles or field guns, 4 light vehicles, 6 infantry stands or one super heavy vehicle or behemoth. This is the sort of size of game I have played so far. Units are arranged into three battle groups of roughly equal size. Weapon ranges seem fine used unmodified in 15mm. The rules suggest infantry stands of 4-6 models but my figure collection would not stretch to that. I chose stands of 3 models so that my standard units of 20 models could form an infantry unit. It also takes up less real estate on table. Purists may argue that three figures do not make a fire team but it looks OK to me.

2nd Big Battle of Fantasy Empires, aka 15mm Kings of War (Mikeopolis): Yeah, we got the bug now, a small Bretonnian vs Lizardman battle on Saturday (Troy’s Lizards whopped up on my Bretonnians) and then another Big Brutal Battle 6000 vs 6000 Orcs vs Dwarf/Elf alliance on Sunday. Notes to take home: Bretonnians, catapults suck and Kinights are awesome, More Knights! Orcs, catapults suck and Giants rules! More Giants! The big battle ended up in a bloody draw.