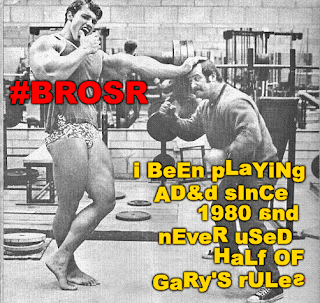 If you only ever used a third of a game, have you ever really played the game?  You might have been playing something, but was it really the game you say it is?  How much of a game can you carve out and still be said to be playing the game?

Take baseball. So you don’t use the infield fly rule, fine.  But what if you use a big rubber ball that you kick instead of hit with a bat?  What if you run the bases counter-clockwise and use a cricket wicket on the pitcher’s mound to stop the runners?  There are limits to these things, and everyone knows it.

From the chatter around the internet, RPGs do not.  The suggesting that the game can be improved by working within the limits imposed by the rules is met with outright hostility from many quarters. 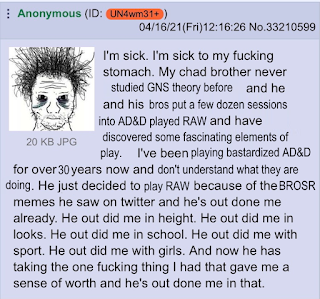 Fortunately, there are a few players out there in the reality based community who believe in the games they play.