The next major project for The Joy of Wargaming will be something a little different. I’m not going to play any of the battles out on my tabletop (if I can help it).

I’ve got a full explanation over at The Joy of Wargaming, but for you readers, let me give you a quick rundown.  I used a couple of random number generators to pick out a random US county and the numbers came up Union, TN.  That particular county is way too small for a sizable wargame campaign, so I looked at the surrounding area – roughly 100 miles across – and that winds up putting the campaign directly between Knoxville and Kingsport/Johnson City.  We’ll use those as our Capital cities and build a couple of evenly matched forces from there.  Luckily, the real world provides us with a very interesting set of terrain features. 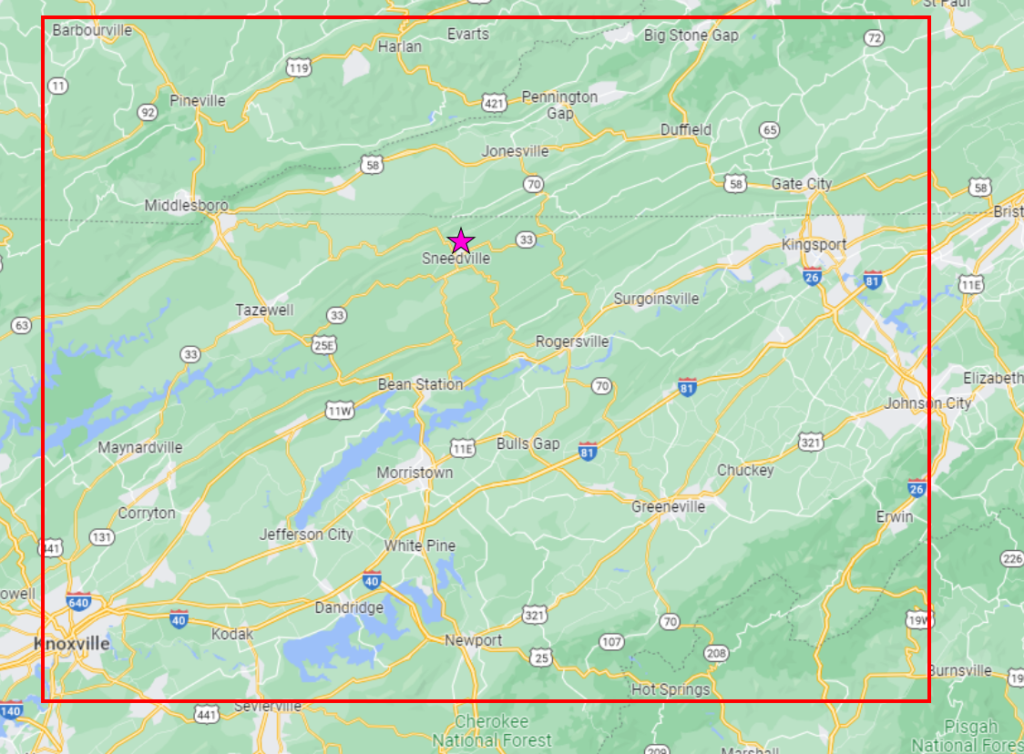 The next thing we need to talk about is victory conditions.  Obviously, whoever controls Sneedville at the end of the war wins the campaign, but we need some secondary objectives to allow for strategies beyond just throwing every man, horse, and gun at Sneedville.  So if you one side can get an army into the outskirts of the enemy capitol and lay a successful siege, then the opponent will sue for terms and automatically forfeit Sneedville.  Instead of a full blow siege operation, we’ll roll 2d6 at the start of each day of the siege – if that roll is equal to or greater than the number of days in the siege then the siege continues for another day.  If it is less than the number of days, then the besieged side loses the campaign.  Note that this gives the besieged nation anywhere from three to thirteen days to get a relief force together and break the siege.

We’re going to run the campaign until winter sets in for good.  I’m not sure what that means exactly – it will take more than just the first snowfall to stop things.  This will likely be a judgement call on the GM’s part.  It all depends on how frequently snowfall occurs.  If we get a full week of heavy snow that would do the trick.  Ten days of alternating snow would also do it.  Where exactly do we draw the line?  There are so many possibilities, it’s hard to say at this point.  All I know for sure is that we’ll know it when we see it.

The last thing we need to talk about is the orders of battle.  Here it gets a little complicated.  The Kingsportians have launched an attack on the Knoxvillians and are looking to take control of Sneedville.  They have 90 days in which to do so before the weather turns too miserable to fight.  Fortunately for them, they caught Knoxville unprepared, and the armies of Knoxville won’t mobilize until the day the Kingsportian forces cross the frontier. 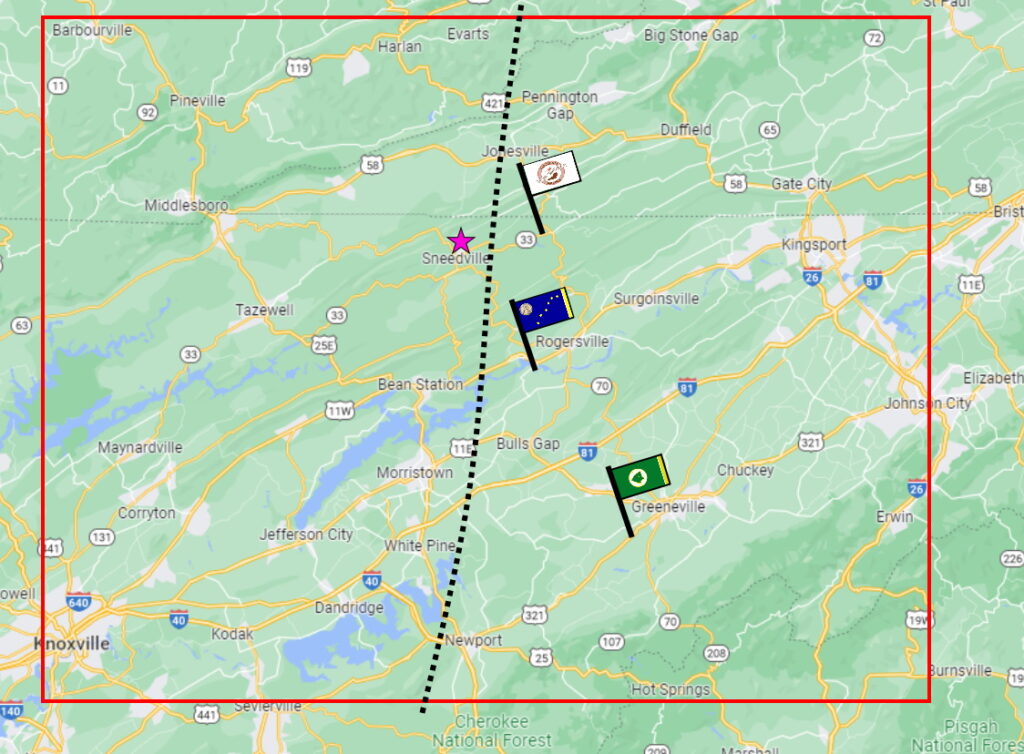 So let’s look at the invasion forces, and where their mobilization finds their forces, then you can tell me what you think their best plan of attack would be.  From north to south:

*You can read Lancers as Medium Cavalry if you prefer.

Think about it.  What would you do with those forces?  Would you concentrate the north and center armies on a smashing attack on Sneedville?  Hold that southern force – which has little experience with warfare – as a reserve, or send them into Knoxville territory to tie down forces at White Pine?

Tomorrow we’ll look at the initial Knoxville reaction, and where their forces wind up once they complete their own, belated, mobilization.