Dragon rampant has a great little selection of units, all of which are based on how you use them on the battlefield. After seeing how effective Light Riders could be in the Fate of Stormbringer (poor Dubzaron), I wanted to see what a force heavy on the light cavalry could do.

I also wanted to get my newly completed 15mm MDF buildings from Red Vectors on the table to see how they look.  The four buildings went togeterh easy, and for fifteen bucks plus shipping, they were a heck of a deal.

In today’s episode the goblins run a little raid into the Broman Desert seeking to burn out an oasis village.  The big red square is a brick town square and represents slow going, but does not block line of sight.  We used rough going rules for the buildings, with the additional rule that if you won a combat against a unit inside the building, then you could take a free follow-up to get inside as they exited. 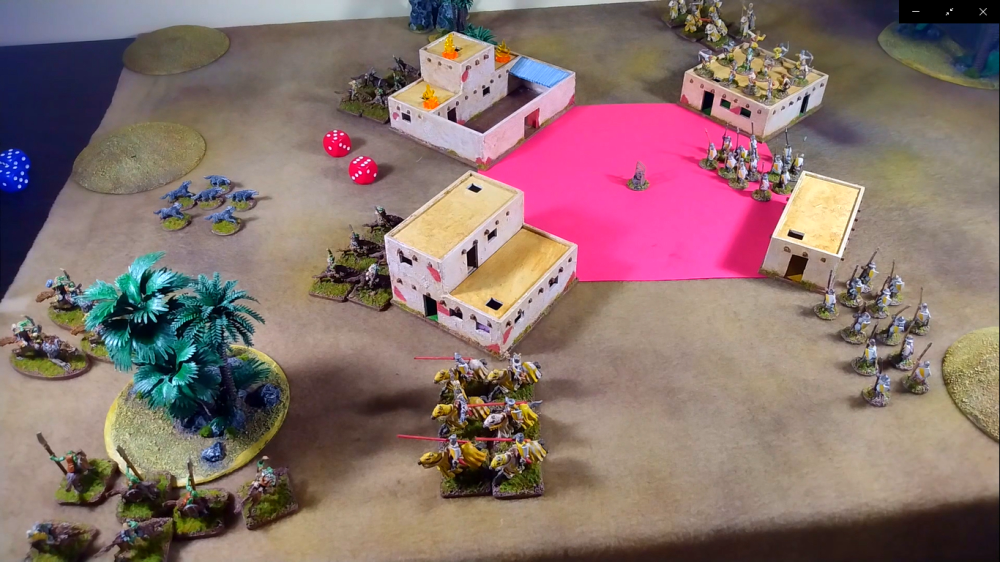 The goblins just needed to burn three buildings, and the first two went up easy. Struggling to get the activations, and the Bromans on the march, meant they got pinned in their own backfield early and never really had a chance to crack that third building. 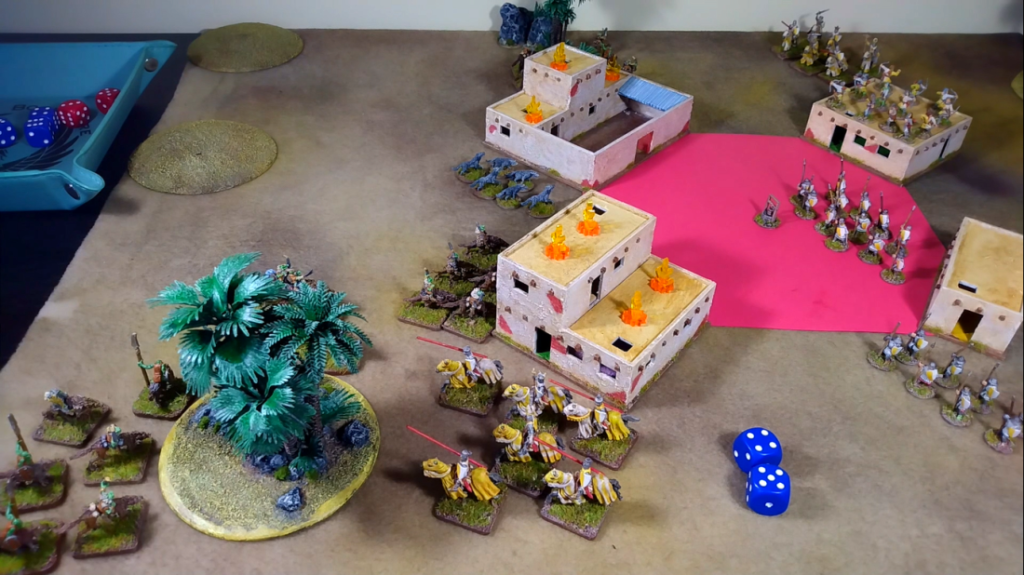 Well, they had one chance, and it didn’t go well. Here you can see the last surviving unit of Light Rider in the upper right, hoping to push a unit of archers out of the third building before a unit of Elite Riders chased them off. 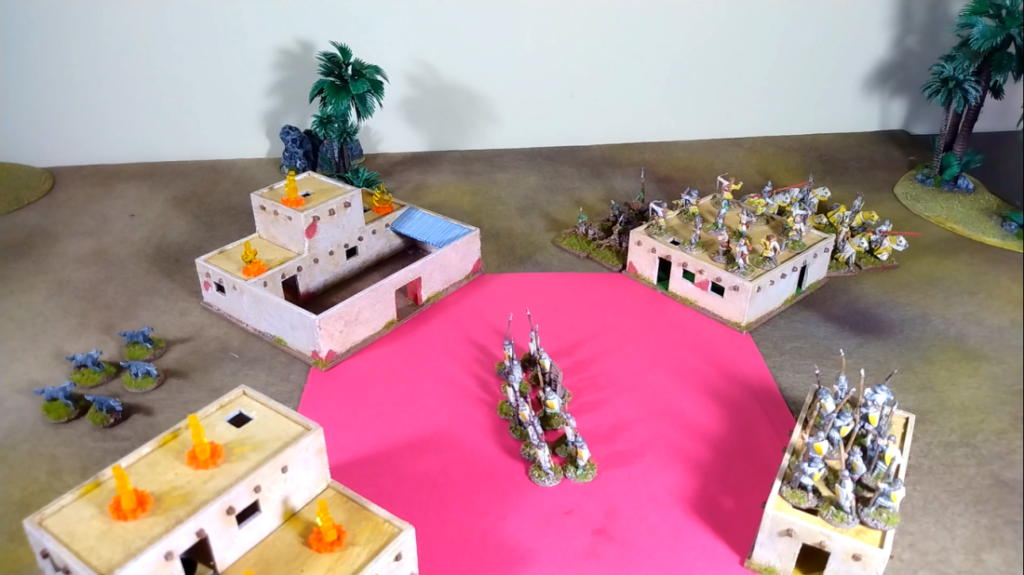 They failed, and the day was won by the Bromans.

Don’t bring Light Riders to a street fight.  They need lots of room to maneuver.  They are a very versatile unit, and have the potential to drag your enemy’s units way out of position.  Able to move fast, shoot hard, and activate on the enemy’s turn, they have thier uses.  Fighting inside a town ain’t it.