Today is the day!

This time I remembered to take shots of the primed figures. 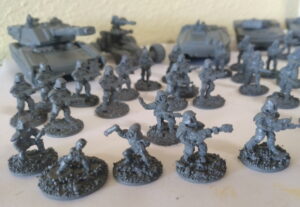 And I remembered to take shots of the vehicles that I bought.  Here’s a useful reminder to read the descriptions.  I ordered two of these missile hovertanks, little realizing each pack held two of the models.  Four is way more than I can store, so a friend has volunteered to take the spares off my hands.  What a pal. 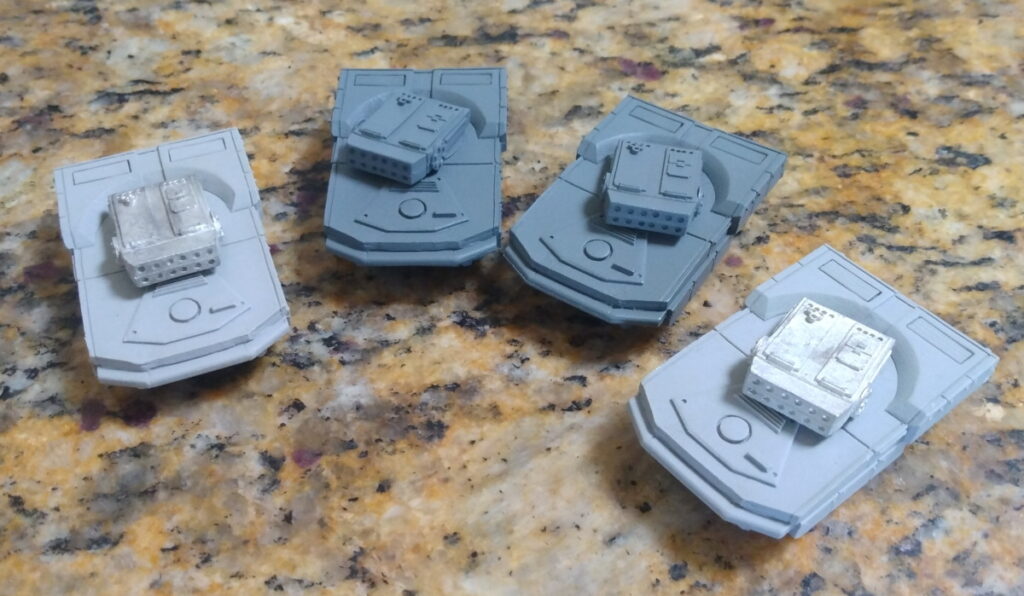 And here’s what they look like all painted up, with a scout buggy to boot.

To give you a better appreciation for the scale of thes things, here’s a table-eye view with a not-quite-complete Titan Marine figure for scale.

And the mechanized force wouldn’t be complete without a heavy tank and APC.

These things dominate the table, as they should dominate the battlefield.  It looks on early review like Xenos Rampant might not lean very heavily into the vehicular side of combat, so these might be a little overkill. 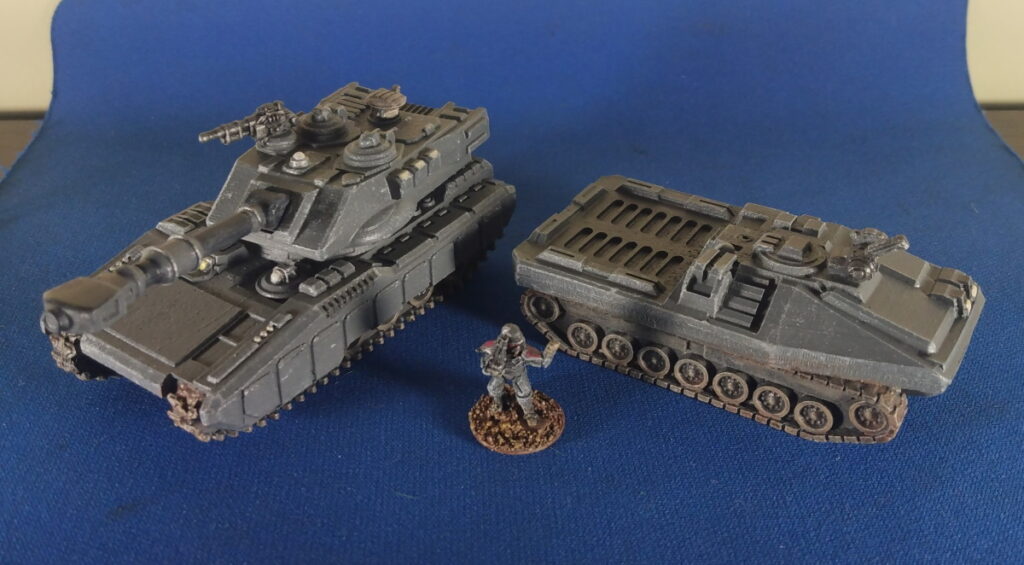 But not without a robust force of infantry to protect them from their nemesis – other infantry.  We’ll start with the mortar support team. 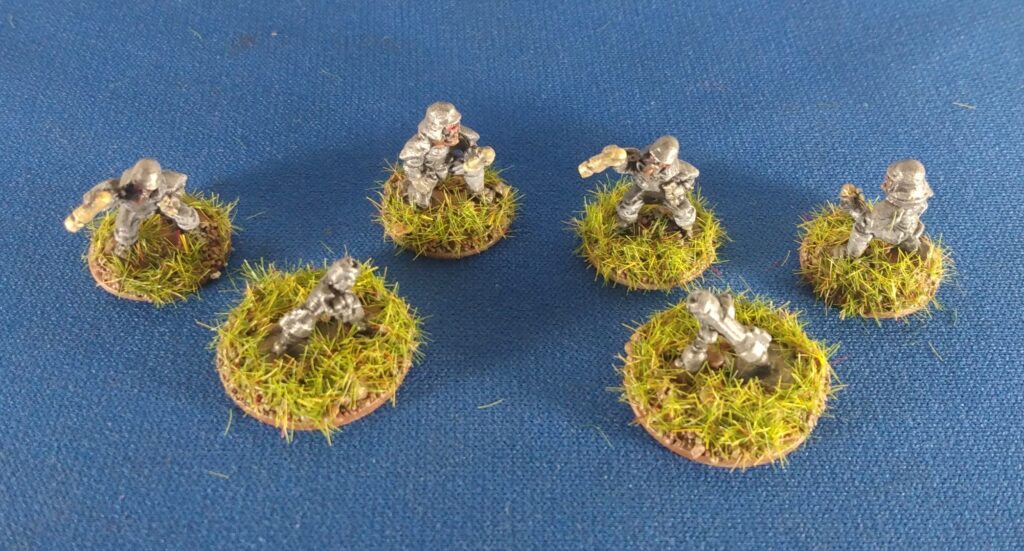 Move on to the heavy weapons teams.

And finish up with a couple of group shots of the Marines themselves. 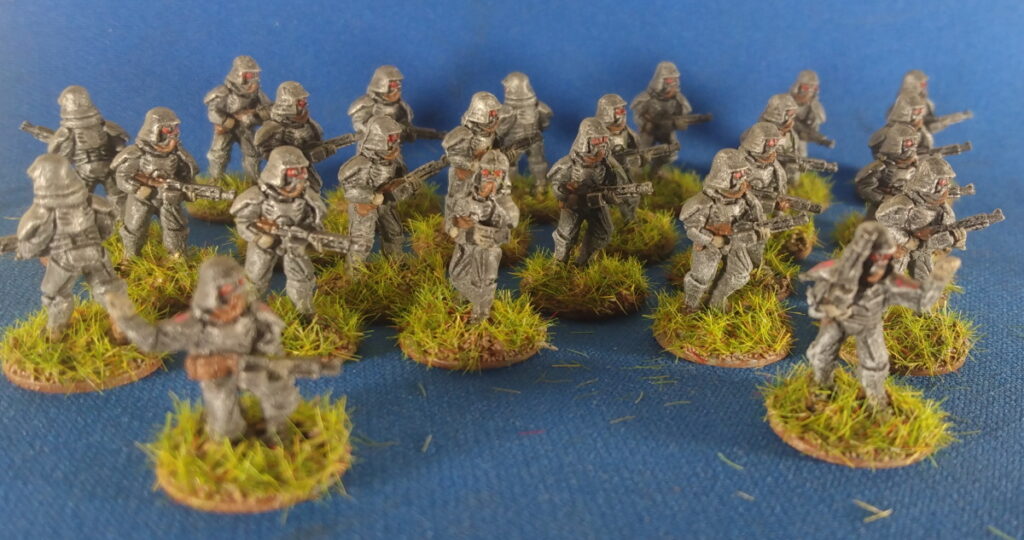 Thanks to some clean sculpts and a desire for a more down to earth color scheme, these were painted – vehicles and all – in less than a week.  The gray primer just needed a black wash, and a little bit of detail on hands, face, and guns, and these were ready for the flocking. 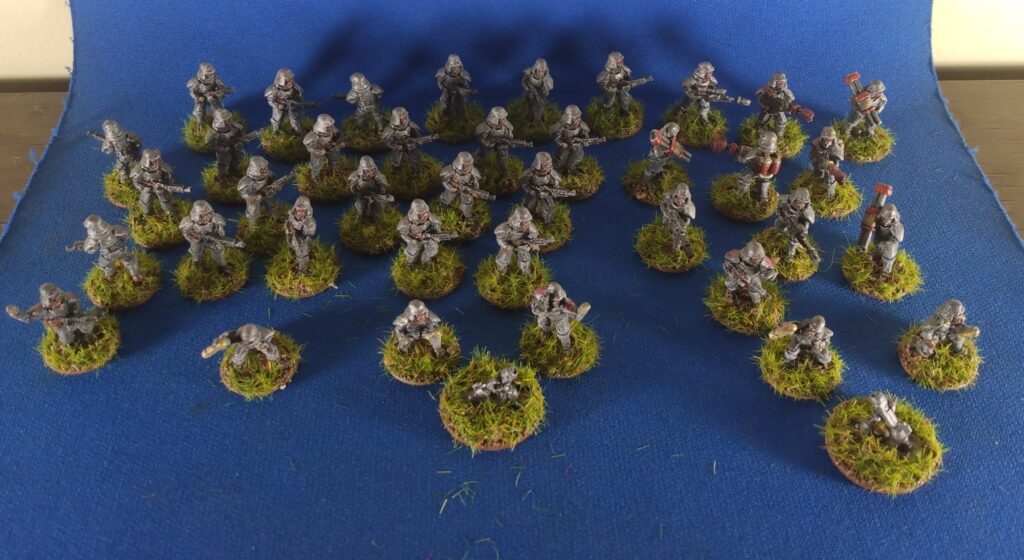 So now the collection has three complete armies, the d0rfs, the NotQuiteTheUltramarines, and these NotQuaiteTheDeath Korps of Krieg. We also have a mixed-force of Prang from Alternative Armies and their Space Mercenary allies, but those are little more than a cobbled together excuse of a force.  A game like this calls for unified commands, and unified forces.  At some point we need to incorporate an alien force into the mix, but that’s a job for Santa!