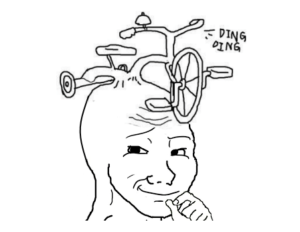 There are two kinds of smart fellers in this world.

Maybe more.  For the sake of today’s analysis of the culture of D&D, let’s lump the smart fellers into two groups, anyway.

The first group contains the smart fellers who know they are smart, who make being smart their identity, and cannot resist the urge to constantly demonstrate how smart they are.  Smarter than you.

In the second group, we’ll put the smart fellers who are smart enough to know that no one likes a know-it-all.  They often pretend to be dumber than they are, to lull those around them into a false sense of security [pic related]. 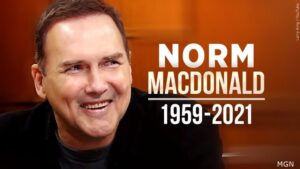 Let’s look at how these two groups engage with the game of D&D.

The former love to world-build.  They micro-manage.  They prefer story-line gaming because it allows them to opportunity to showcase how very, very smart they are.  You can see this in the vast number of words they spill talking about “spotlight” time. You see this in the lamentations made by DMs who create wondrous caves that never get explored by players who just want to show off their ownb creativity.  You see it in the distinction between ‘player knowledge’ and ‘character knowledge.’

This is true even when it comes to the much-lauded ‘sandbox campaigns’.  DMs view them as a complex construct that requires their copious brainpower to manage.  Players view them as a puzzle to solve.

And, bear in mind, these are – or can be – very smart people.  But they have an ingrained need to demonstrate their brains.  And therein lies a weakness.  A limitation.  A stumbling block to greater things.

Contrast that with the sort of devious mind that lays traps for the unwary.  The sort of clever thinker that hides his cards until the time is right.  The low time-preference plotter content to wait months or years or even decades for some poor fool to blunder into his tripwire.  They play the long game, and look for the long-term payoff.

They are the only guys talking about anything worth talking about right now.  And one of the little revelations that has arisen from the Trollopulous Megaverse  is that decentralized DMs allow for a much greater scope of politicking, treachery, and yes EVEN ROLE-PLAYING, than any other style of D&D.  The chaos and confusion of multiple patron-level players talking behind the scenes and chucking resources around the map allows for the sort of fog-of-war that few tabletops manage.  But you have to be able to keep your Big Brains a secret.

It’s a more difficult way to play the game, and oddly enough a much humbler way to play.  You have to let go of the illusion of control.  You have to trust the DM and other players to a far greater extent.  You have to be willing to keep your light under a bushel basket and wait for a payoff that may never come.  You have to forego the warm glow of a clever line delivered today and resist the urge to blab about how clever you are as the tangled webs of your plots spread throughout the game.

There is a word for that level of gaming.

Not everybody can play at this level.

Ironically, takes a lot of humility to play at an Elite Level.

Don’t you just love it?