Back in August we noticed a shocking data point in the State of Hawaii’s birth statistics.  The lowest ever recorded number of births, occurring within a year of the introduction and forcible injections of the Mystery Elixir raised our hackles.

But it could have been an anomaly.  Perhaps 2022 is just a continuation of a long, slow, steady decline.  The numbers through September are publicly available now, so here is an update. 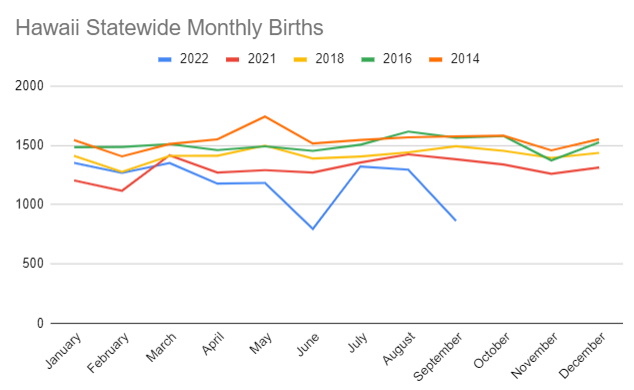 Those are raw numbers, though, not per capita births.  Looking at per capita trends we see the same process at work. 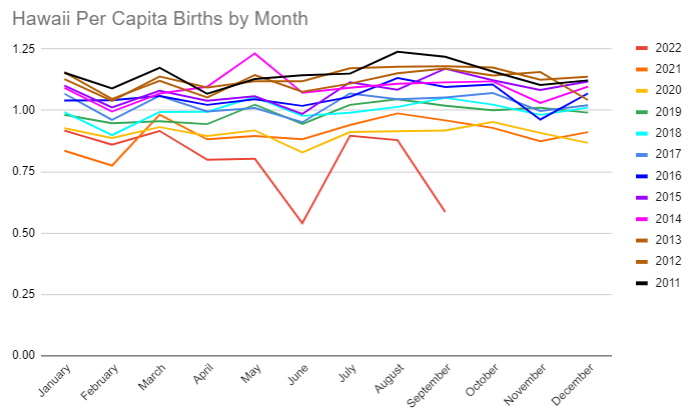 What does that mean?

Dunno.  We now have two serious dips separated by three months.  Which, if memory serves, was the schedule for getting boosted in late 2021.  It could be a coinkydink.  Either way, we’re still looking at the worst year for births on record.