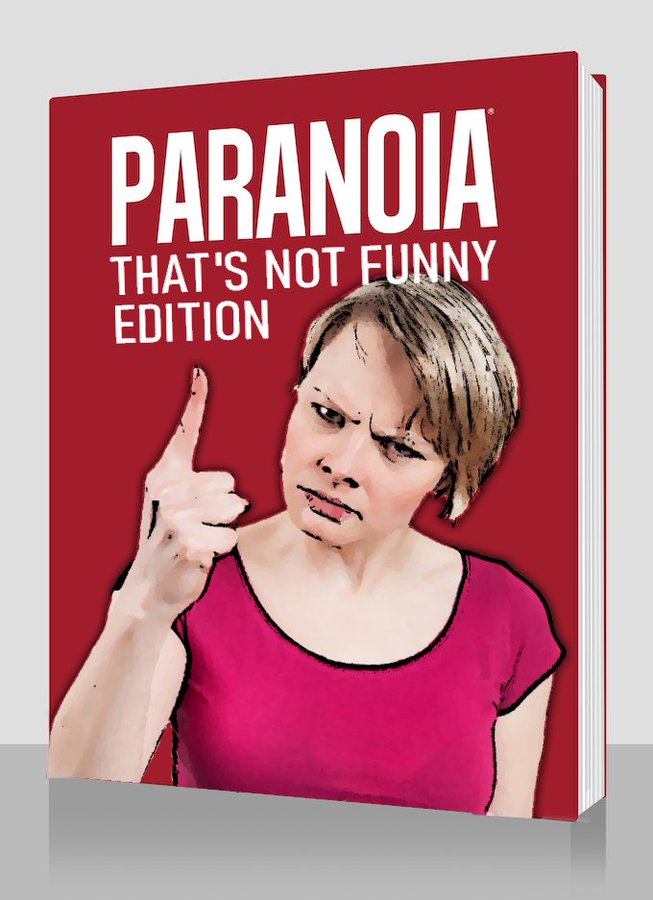 There’s a new edition of the classic RPG coming and hoo boy are the schoolmarms out in force.

For those that don’t know, the Paranoia RPG was a dystopian sci-fi game with pretty thin rules designed to provide just enough game framework for a dark comedy RPG that satirized our modern world.  They poked fun at commies and the red scare alike.  Nothing was sacred and everyone could have a good time.

But we don’t live in that high-trust world anymore.  The forces of suck have dragged us down into a new moral panic that presages the years that tragically tend to lead up massive bloodshed, and this new edition is part of the overall cultural fight to make sure everybody knows what side deserves to win and what side deserves to die.

Don’t believe me?  Here’s a clip from the free sample, to make sure you know who is and isn’t allowed to feel the sting of satire. 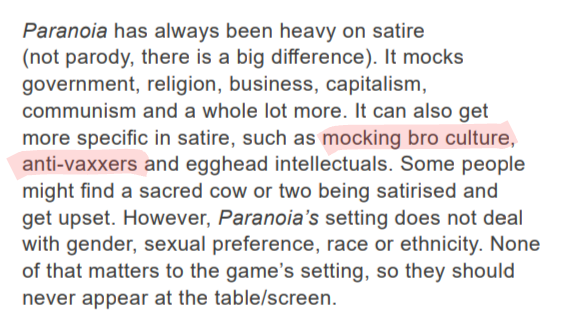 Eh heh.  Yeah, I’m not buying this drek.  It’s going to be as funny as an SNL skit and last forty times as long.

You can already tell that every joke will be theme and variation on “Orange Man Blues”, and all of them put together won’t be as funny as this one image:

Which was crafted by a disgruntled supporter of the Great Failed Hope, it should be said.  The great news for us old-school gamer types, the old games still exist.  Th

ey can still be played, and even this new game can be used how you want, as I am repeatedly told by low-teir gamers on a daily basis. 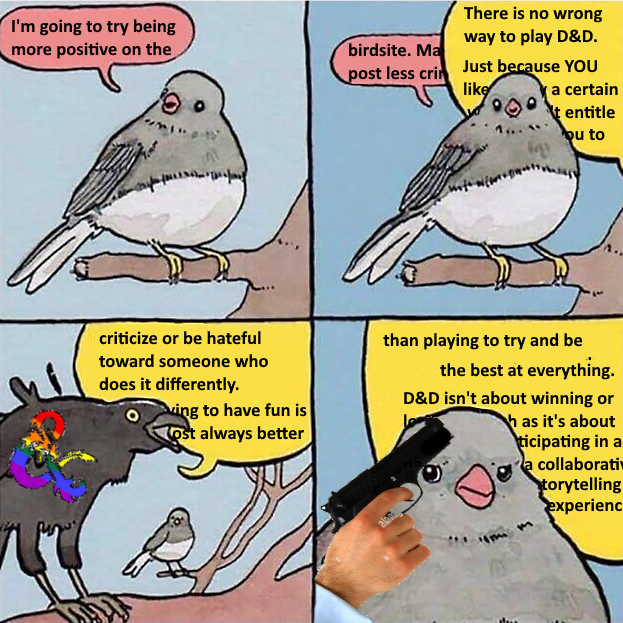 Luckily for you, your old pal Mr. Wargaming is here to offer up a plethora of suitable satirical takes that you

can use at your homage to the fallen angel of comedy RPGs:

I’m sure you can think of a host of others.

There is a great deal of material out there in the real world begging to be taken down a peg, and if the entertainment industry isn’t willing to do it, we’ll just have to do it ourselves.

Which is fine.  We’re better at it anyway.